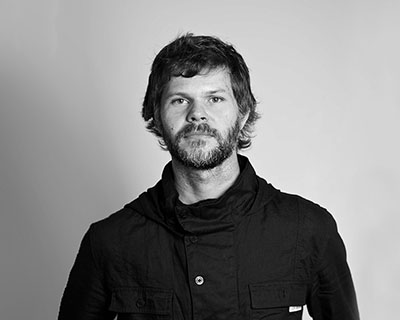 Casey Reas is an American software artist. He his best known for his work with Ben Fry in which they created the Processing programming language. Most of his works focus on looking at software through a contemporary lens. His prints and installations have been featured in numerous solo and group exhibitions in the United States, Europe, and Asia. From small works on paper to urban-scale installations, he balances solo work in the studio with collaborations with architects and musicians.

Reas is currently a professor at the University of California, Los Angeles. He got his masters degree in Media Arts and Sciences from Massachusetts Institute of Technology and a bachelor's degree from the College of Design, Architecture, Art, and Planning at the University of Cincinnati. After graduating, Reas began to exhibit his software and installations internationally. His works are software generated images that derive from short software-based instructions that use natural language, machine code, and computer simulations. These create visual processes that can be both static and dynamic images. He currently has work shown in Ars Electronica in Austria, ZKM in Germany, GAFFTA in San Francisco, the Microwave Internatinal Media Art Festival in Hong Kong, and many more around the globe.

In 2001, Reas began his work with Ben Fry, who was an MIT PhD candidate. Together, they created the processing programming language. Processing is an open-source programming language and environment for the visual arts. This program is used widely by thousands of artists and designers worldwide. It is also used by educators as a teaching software in programming and design schools.